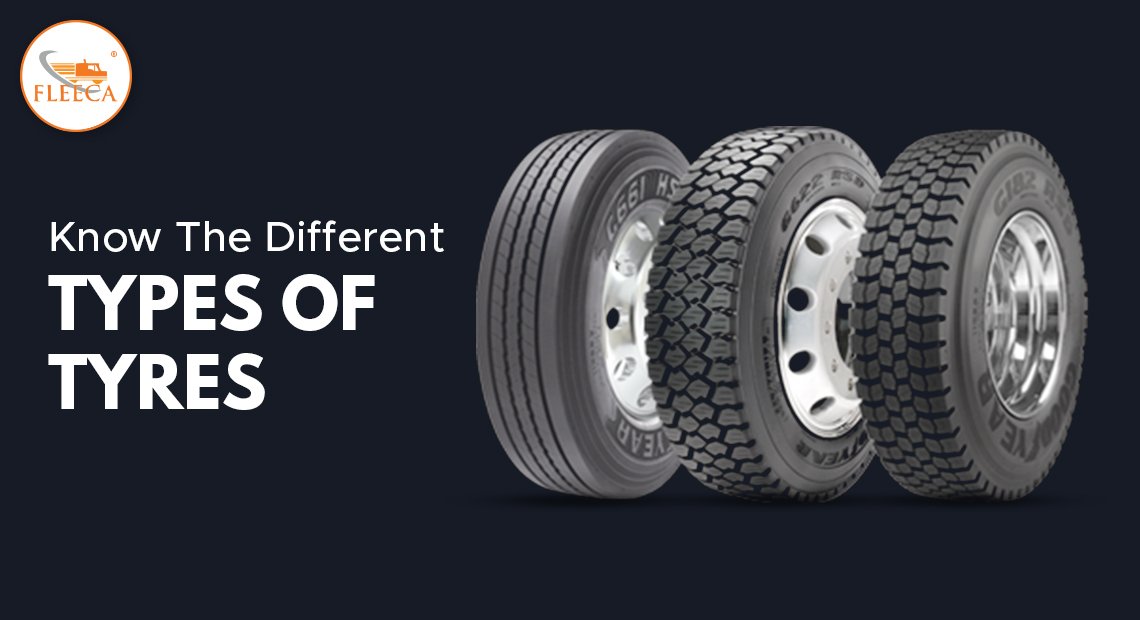 The way you read and know about the truck before buying it, similarly, you should also have the knowledge of the tyres. Yes, the market for tyres is huge and if you won’t be aware of it, the sellers will fool you easily. In this blog, know the different types of tyres and thereby understand that which one is best for your vehicle.

Tyres are mainly distinguishable on two key factors: the rubber compound and the tread pattern. These, in turn, determine the environment and conditions in which the tyre is going to perform the best. The types of tyres are:

Summer tyres: Summer tyres have dedicated rubber compound that does well in wet and dry conditions. They are not designed for all-season. They are optimized for warm weather and deliver grip and responsive handling in wet and dry conditions. They have an adequate circumferential groove for hydroplaning resistance and generally feature solid contact patches.

Winter tyres: These tyres are designed for harsh winter conditions. They feature heavy siping and deep circumferential grooves which expel the snow and slush built on the road. The winter tyres are of two types: studded and non-studded. Studded tyres feature the metal studs or pins which maintain a good traction on the icy surface. Non-studded tyres don’t have studs. The studded tyres are good when you have to drive in harshest of winter conditions otherwise the non-studded work well on normal snowy roads.

Performance tyres: Performance tyres typically feature fairly dense siping and silica enriched tread compounds. They have larger circumferential and lateral grooves which give better grip regardless of the weather. As compare to touring tyres, they have higher speed rankings.

Mud-terrain tyres: With large tread blocks and more voids, the M/T or mud-terrain tyres look extremely aggressive like all-terrain tyres but then the difference is that these tyres are less comfortable on roads and are nosier.

Ribbed tyre: Ribbed tyres deliver ultimate mileage and highway handling. They have a solid rib tread design which enhances traction as well as stability under heavy load in wet roads. Such tyres are great for commercial vehicles that seek good mileage on the highway.

Run-flat tyres: This is a new invention in the automotive industry. In times when there is a sudden drop in inflation pressure or a puncture, the run-flat tyre stay operational for you to drive down to nearest home or garage. They are absolutely safe and one can easily travel up to 80 kilometers in with a punctured run flat tyre. But then keep in mind that these tyres are not repairable. You must replace them with new tyre as soon as possible.